A Materialist History of Exhibitions

The history of exhibitions is currently undergoing renewed interest. While today the “medium” of exhibition is a producer of specific discourses, and while it offers new practices a stage on which to emerge, it has also become the nexus of numerous institutional neo-positivisms relating to the ontological designation ‘art’. The exhibition, in the search for its reflexive forms (as in the quest for its own modernism) seems to become a genre in its own right. By distancing itself from today’s flurry of studies related to curating, this research project will draft a history of exhibitions sourced from a wide corpus reaching beyond the framework of artistic institutions.

Theater, Garden, Bestiary: A Materialist History of Exhibitions is a HES-SO/University of Applied Sciences and Arts of Western Switzerland & ECAL/University of Art and Design Lausanne research project. 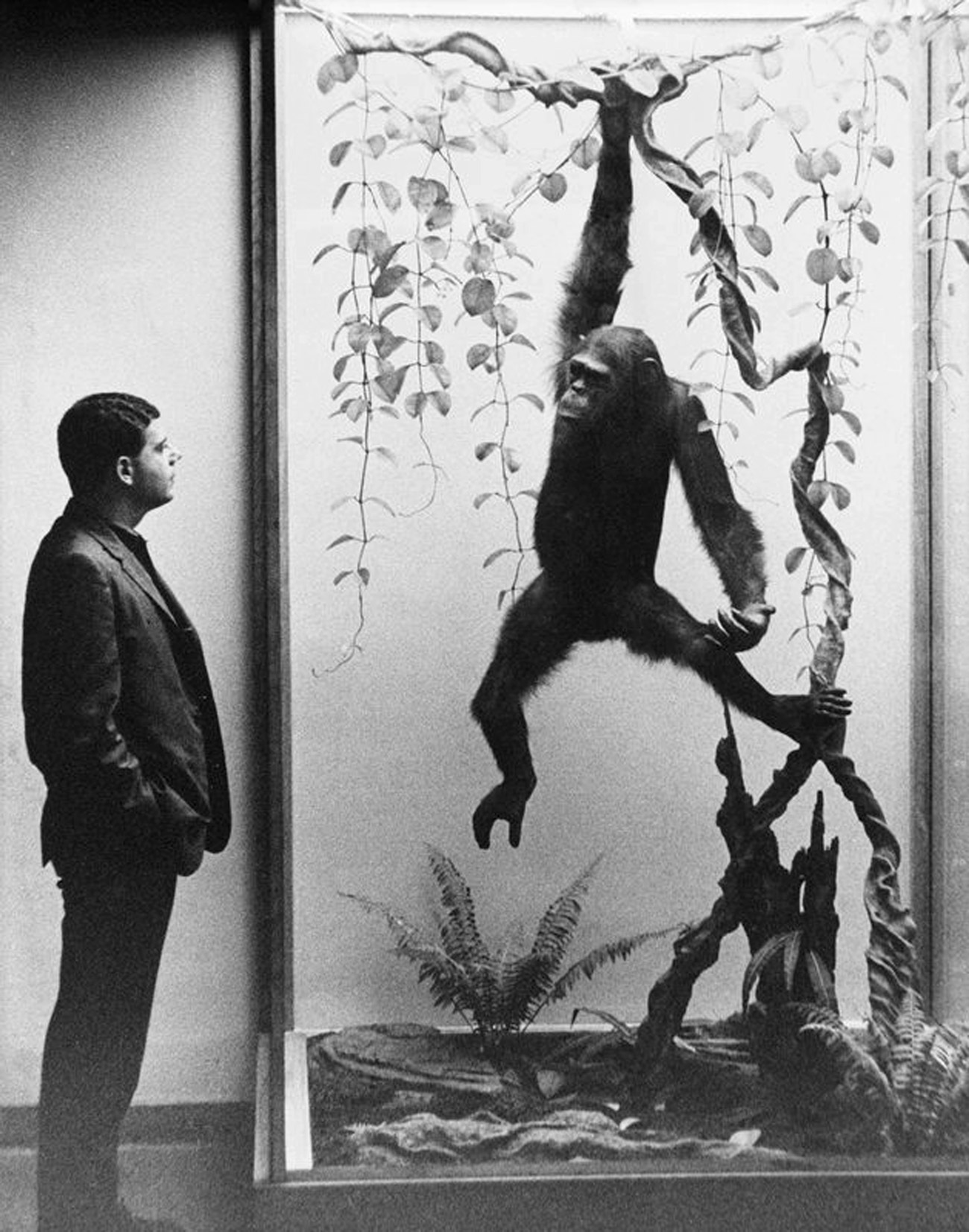 The exhibition as
a genre and the generic
instance of art

The research project Theater, Garden, Bestiary: A Materialist History of Exhibitions stems from the wish to consider the exhibition as a genre, and to question its place in an expanded geography of borders and conceptual divides that have historically structured the space of art, and which continue to underlie its situation today. Its aim is to consider anew the genre of exhibition, by grounding it both in the history of modernism and in modernity as a whole, that is, in what one may call the anthropological matrix of modernity: its ontological separations, its epistemic divisions, its political economy, its sense of the negative.

The research group gathered for this project is invited to work on the inscription of the history of exhibition and of the space of art into the wider field of an intellectual, aesthetic, technological, and political history of modernity. The aim is to isolate the historical construction of a body of epistemological scripts within the currently very open concept of exhibition, allowing us to grasp the implicit contracts, rules, and norms inscribed in the genre.

Through the reconstitution of some of the debates which have stirred the exhibition of art throughout modernism and the postmodern moment, and the simultaneous inscription of these debates into an anthropological history of modernity, this project aims at reconstructing and developing a theoretical model of the genre of exhibition and of its conditions of possibility. This research is thus not entirely a historical project, but rather an archeological one, in the methodological sense of the term: it consists in excavating underground dynamics to bring them up to the analytical and descriptive surface, be they historical trajectories or objects of contemporary curatorial and artistic experimentation. 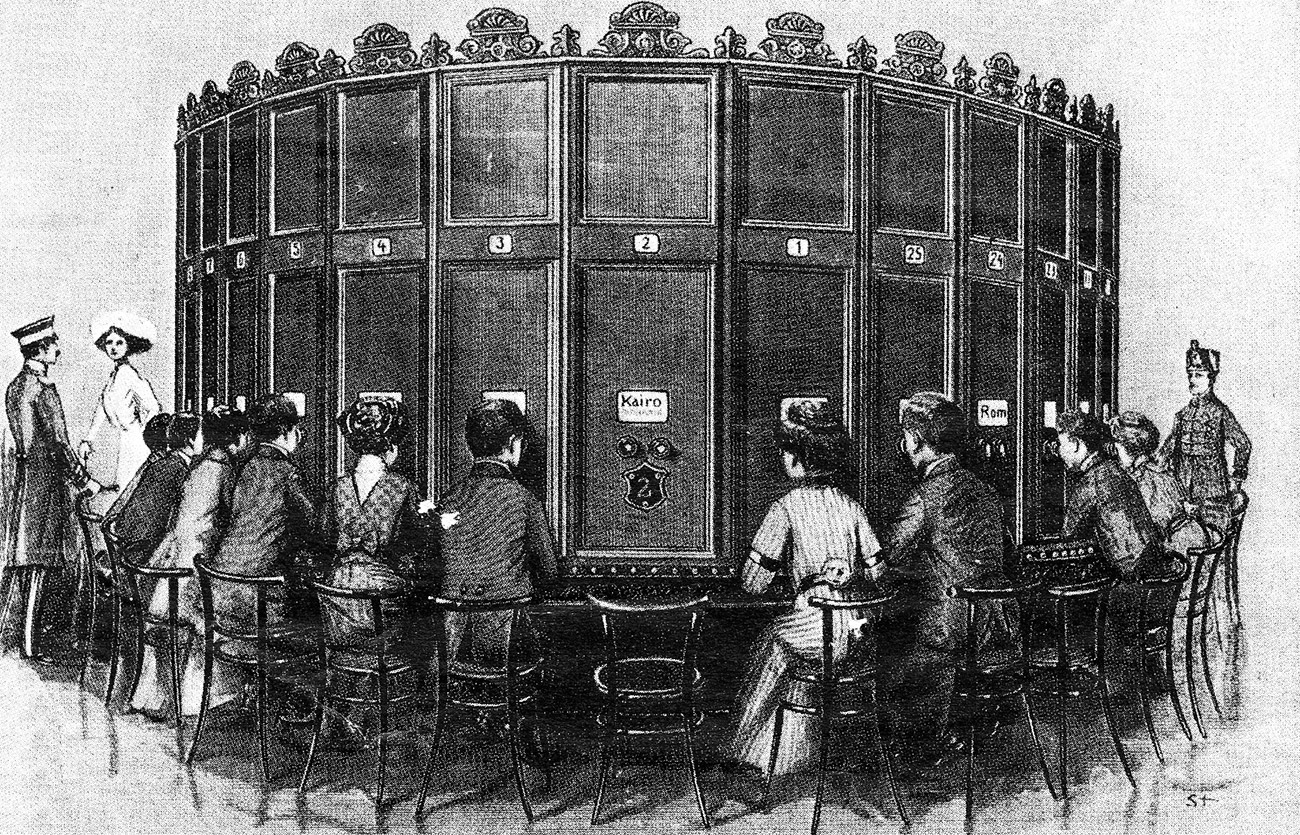 The exhibition, between
“Clinic” and “Salon”:
a history of limits

Due to its institutional history, the exhibition is situated at the tipping point between the positive scientific fact (of which the logico-spatial order at work in the museum is a materialization) and the negative space of art (of which aesthetic modernism and its tendency towards the transgression of modern limits is an expression). In more visual terms, the role of the exhibition may be represented in the constitution of the modern knowledge order as the fruit of the articulation between what Michel Foucault named the “clinic”, and what Denis Diderot reconstructed in his Salons.

The genre of exhibition, at the hinge of these modes of visibility and of these regimes of discursivity, appears to consist of a particular scenography of the conceptual limits running through modernity. As such, it stages the borders that cross and articulate the modern world, and mediates its ontological designations. This project proposes to study the articulation of the genre of exhibition to these designations, as well as its role in their historical constitution, by envisioning the exhibition as an apparatus that oscillates between the epistemology of representation and the anthropology of presentation. 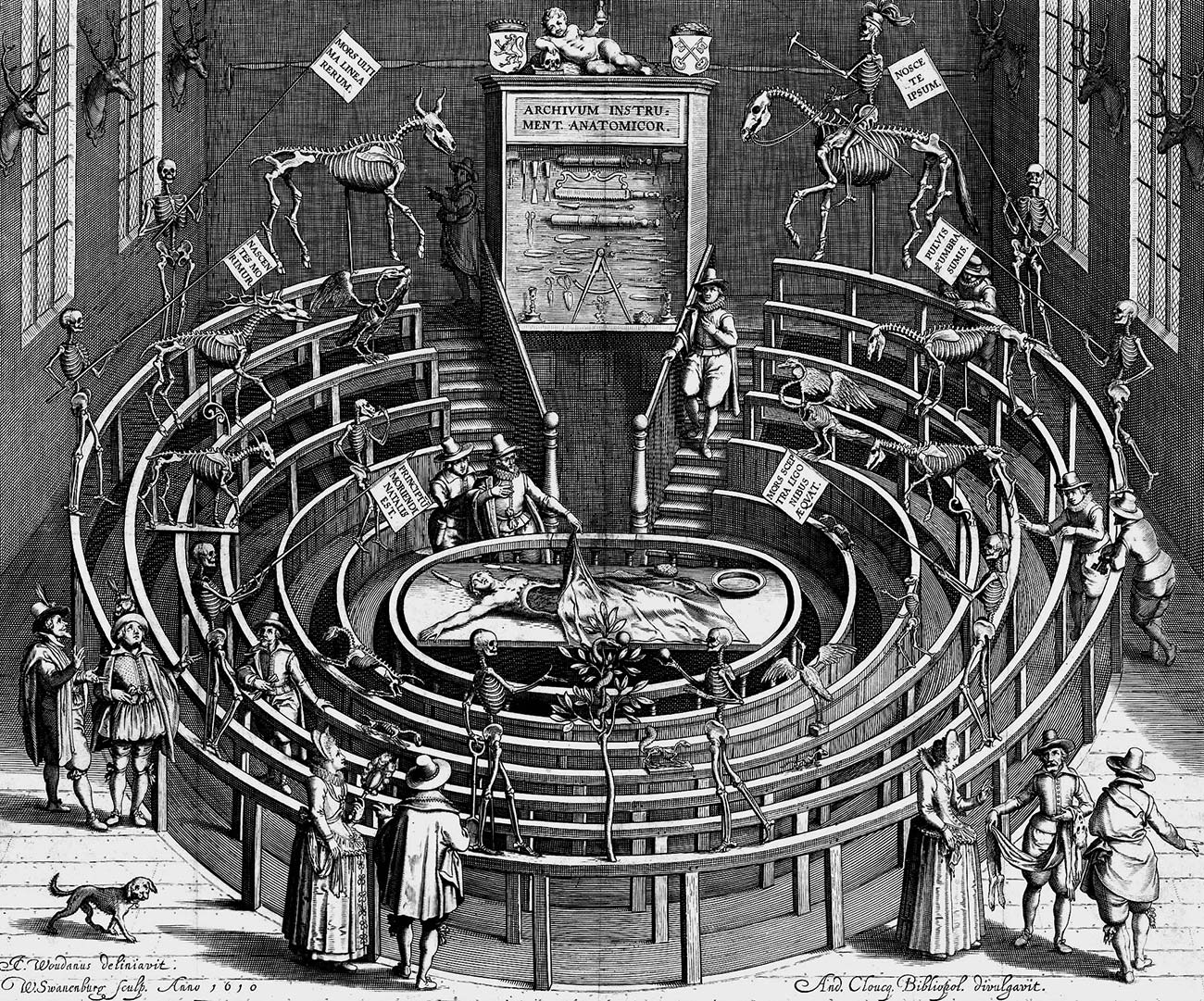 By inviting philosophers, art historians, anthropologists, historians of science, artists, cultural theorists, and curators to consider the role of scientific and artistic exhibitions in the constitution of these designations, this laboratory’s ambition is to 1) synthetically reconstruct the ways in which the exhibition, through the museological apparatus, has consisted in a stage of crystallization and explicitation of the economy of modern knowledge, 2) describe in a stereoscopic fashion the epistemological scripts that symmetrically articulate the exhibition of scientific objects and the exhibition of artworks, 3) uncover in normative ways a sum of theoretical and practical proposals on the type of conceptual traction that the genre of exhibition may have over the future of the space of art.

From the museum’s emergence as an implicit frame for both scientific objectivity and modern aesthetic subjectivity, to certain contemporary exhibition practices, through the turning point of the anti-formalist debates that stirred art theory at the turn of the 1960s, our enquiry shall recount the historical transformations that have affected the genre of exhibition, while systematically grounding these transformations in the epistemological backdrop against which they took place, that is to say, onto a cartography of the divides that modern thought has imprinted on the world, which it has naturalized into an ontological ground, and in which our institutions of knowledge and our thought categories have been crafted. 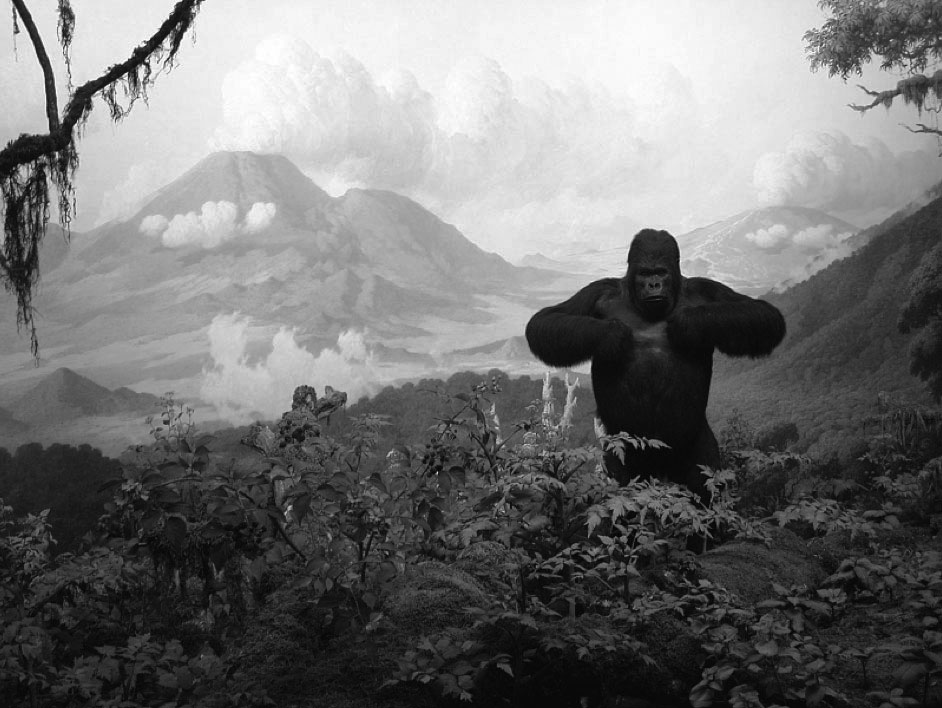 The critical history of art as it has been practiced in the 20th century has somehow put aside the material, concrete and factual history of the constitution of the space of art as an extra-territorial space in the topos of modernity. Within this critical art history, artistic practices have often been considered as being an alternative order to the forces and objects of the material world. In a certain way, art has been interpreted as being outside of (or in excess of) the descriptive capacities of reason, language, and science.

The research project Theater, Garden, Bestiary: A Materialist History of Exhibitions proposes a renewed focus on the semiotic-material articulation of the genre of exhibition with its anthropological and ontological backdrops, as well as on the historical transformations of the ways in which these backdrops have shaped the genre. This research is thus motivated by the desire to reach a point of enunciation from which one might seize the borders and limits which, from the exhibition space, outline the generic instance of art, as much through their contemporary structural forms as through their historical “cast shadows”, in order to situate the role of the exhibition in the comprehension of its formal, conceptual, and political operations. 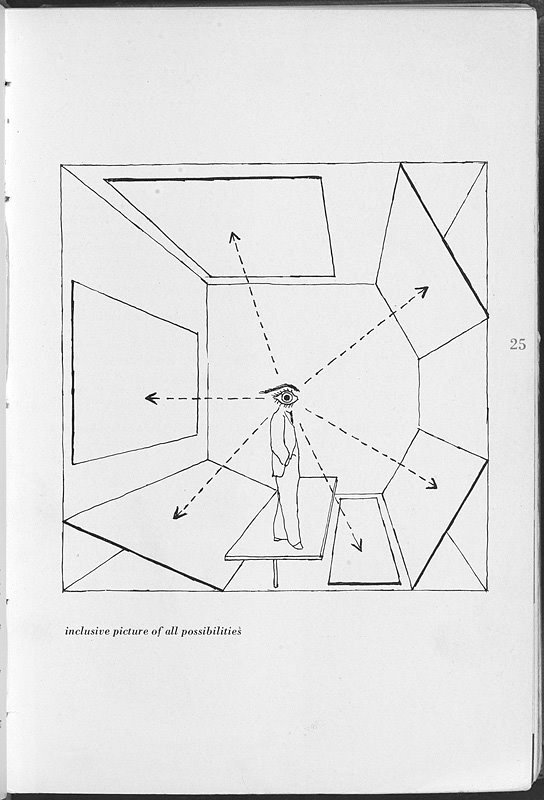 Program of the lab

From September 2015 to December 2016, the lab’s activity will take the form of a series of ten to fifteen one-day conferences at ECAL/University of Art and Design Lausanne, organized around specific theoretical perspectives. During these conferences, around thirty speakers will be invited to articulate their research to the topic of the conference, and to discuss it with the students researchers in a workshop session.

From January to December 2017, the preparation of a book gathering the contributions of the guest speakers will be interspersed with a series of events (symposiums, projections, workshops) carried out in cooperation with several international partner institutions (museums, art centers, universities, research units).

The book published at the end of the lab’s activity will be bilingual, edited by two international publishing houses. Additional information to follow. 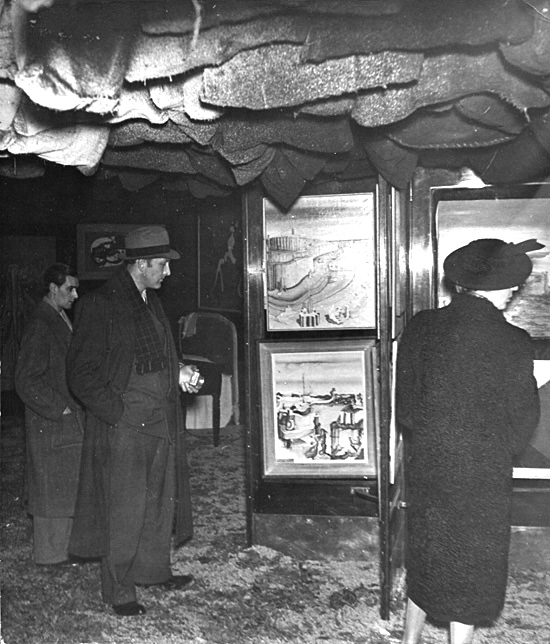 For all inquiries and to subscribe to our newsletter, please email us at theatergardenbestiary@ecal.ch